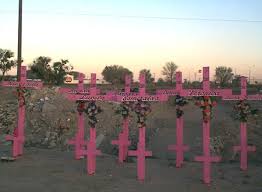 Check it out on The Nation’s homepage:

With at least 25,000 people slaughtered in Mexico since President Felipe Calderón hurled the Mexican Army into the anti-cartel battle, three questions remain unanswered: Who is being killed, who is doing the killing and why are people being killed? This is apparently considered a small matter to US leaders in the discussions about failed states, narco-states and the false claim that violence is spilling across the border.

President Calderón has stated repeatedly that 90 percent of the dead are connected to drug organizations. The United States has silently endorsed this statement and is bankrolling it with $1.4 billion through Plan Mérida, the three-year assistance plan passed by the Bush administration in 2008. Yet the daily torrent of local press accounts from Ciudad Juárez makes it clear that most of the murder victims are ordinary Mexicans who magically morph into drug cartel members before their blood dries on the streets, sidewalks, vacant lots, pool halls and barrooms where they fall dead, riddled with bullets. Juárez is ground zero in this war: more than one-fourth of the 25,000 dead that the Mexican government admits to since December 2006 have occurred in this one border city of slightly over 1.5 million people, nearly 6,300 as of July 21, 2010. When three people attached to the US Consulate in Ciudad Juárez were killed in March this year, Secretary of State Hillary Clinton called the murders “the latest horrible reminder of how much work we have to do together.”

Just what is this work?

No one seems to know, but on the ground it is death. Calderón’s war, assisted by the United States, terrorizes the Mexican people, generates thousands of documented human rights abuses by the police and Mexican Army and inspires lies told by American politicians that violence is spilling across the border (in fact, it has been declining on the US side of the border for years).

We are told of a War on Drugs that has no observable effect on drug distribution, price or sales in the United States. We are told the Mexican Army is incorruptible, when the Mexican government’s own human rights office has collected thousands of complaints that the army robs, kidnaps, steals, tortures, rapes and kills innocent citizens. We are told repeatedly that it is a war between cartels or that it is a war by the Mexican government against cartels, yet no evidence is presented to back up these claims. The evidence we do have is that the killings are not investigated, that the military suffers almost no casualties and that thousands of Mexicans have filed affidavits claiming abuse, often lethal, by the Mexican army.

Here is the US policy in a nutshell: we pay Mexicans to kill Mexicans, and this slaughter has no effect on drug shipments or prices.

This war gets personal. A friend calls late at night from Juárez and says if he is murdered before morning, be sure to tell his wife. It never occurs to him to call the police, nor does it occur to you.

A friend who is a Mexican reporter flees to the United States because the Mexican Army has come to his house and plans to kill him for writing a news story that displeases the generals. He is promptly thrown into prison by the Department of Homeland Security because he is considered a menace to American society.

On the Mexican side, a mother, stepfather and pregnant daughter are chased down on a highway in the Valle de Juárez, and shot in their car, while two toddlers watch. On the US side, a man receives a phone call and his father tells him, “I’m dying, I’m dying, I’m dead.”  He hears his sister pleading for her life, “Don’t kill me. No don’t kill me.” He thinks his niece and nephew are dead also, but they are taken to a hospital, sprayed with shattered glass. The little boy watched his mother die, her head blown apart by the bullets. A cousin waits in a parking lot surrounded by chainlink and razor-wire on the US side of the bridge for the bodies to be delivered so that he can bring them home. The next day, the family takes to the parking lots of two fast-food outlets in their hometown of Las Cruces, New Mexico, for a carwash. Young girls in pink shorts and T-shirts wave hand-lettered signs. They will wash your car and accept donations to help bury their parents and sister, to buy clothes for two small orphans. “This was just a family,” says cousin Cristina, collecting donations in a zippered bag. She says they are in shock, the full impact of what happened has yet to sink in. So for now, they will raise the money they need to take care of the children. An American family.

Or, you visit the room where nine people were shot to death in August 2008 as they raised their arms to praise God during a prayer meeting.  Forty hours later, flies buzz over what lingers in cracks in the tile floor and bloody handprints mark the wall. This was the scene of the first of several mass killings at drug rehab centers where at least fifty people have been massacred over the past two years in Juárez and Chihuahua City. An evangelical preacher who survived the slaughter that night said she saw a truckload of soldiers parked at the end of the street a hundred yards from the building and that the automatic rifle fire went on for fifteen minutes.

Or you talk with a former member of the Juárez cartel who is shocked to learn of a new cabinet appointment by President Calderón because he says he used to deliver suitcases of money to the man as payment from the Juárez cartel.

The claim that ninety percent of the dead are criminals seems at best to be self-delusion. In June 2010, El Universal, a major daily in Mexico City, noted that the federal government had investigated only 5 percent of the first 22,000 executions, according to confidential material turned over to the Mexican Senate by the Mexican Attorney General.  What constituted an investigation was not explained.

This site uses Akismet to reduce spam. Learn how your comment data is processed.

As an Amazon associate I earn commision on products sold